There’s ‘An End in Sight’ for the Lengthy Contract Fight Between DCPS and the Teachers’ Union. But Plenty of Bad Blood Remains 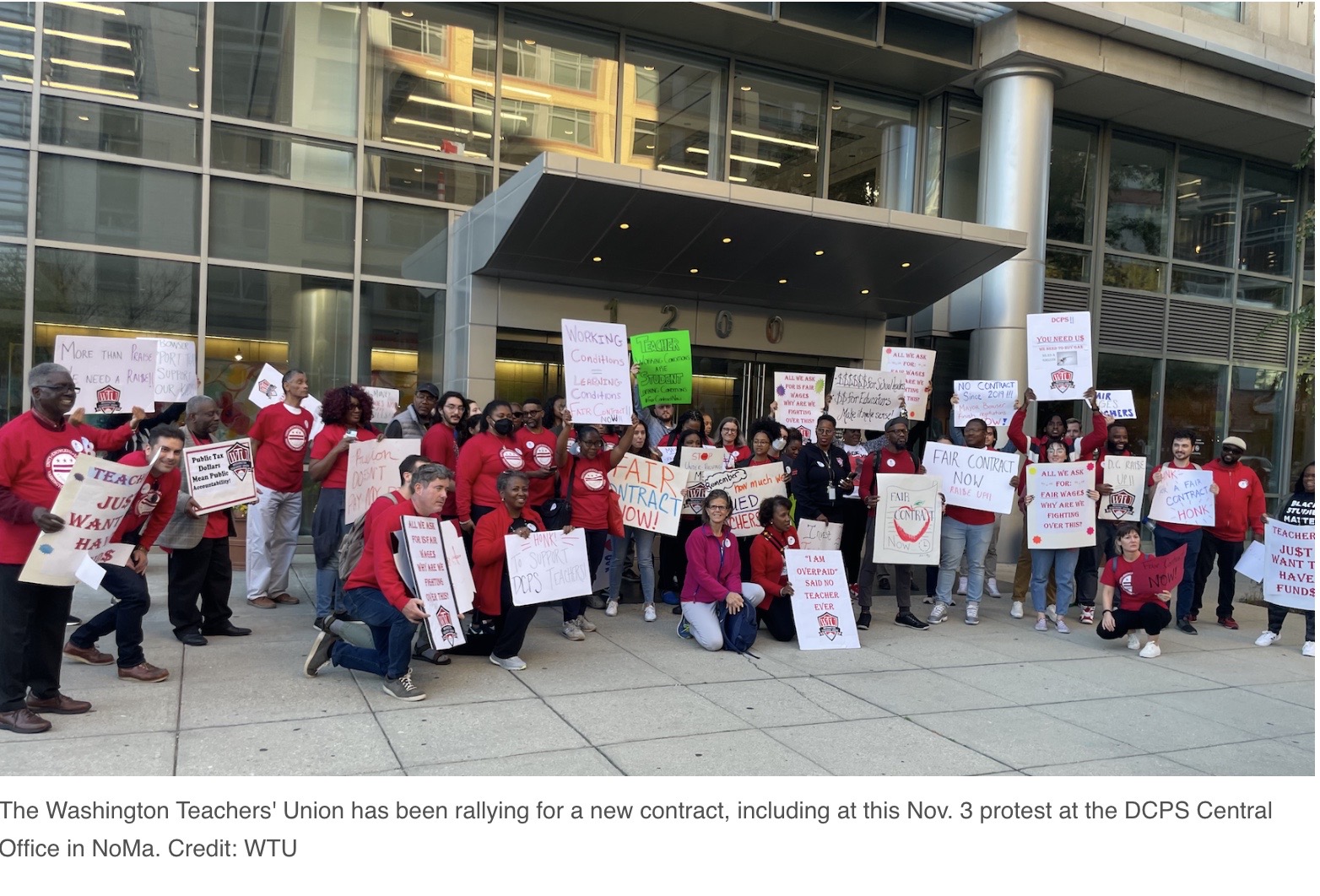 On November 17th, the same day WTU teachers plan to rally around each of their respective schools in DCPS @3:30, the Washington City Paper published an article in hope of a resolution to the ongoing dispute.

The last time D.C. had an up-to-date contract with its biggest teachers’ union, the Washington Nationals had yet to win a World Series, Lizzo’s first single was still topping the charts, and hardly anyone had ever heard of COVID-19. The two sides have been negotiating ever since, with a resolution to this saga now increasingly likely to stretch into a fourth year of debate.

The Washington Teachers’ Union and D.C. Public Schools have been fighting over a new collective bargaining agreement for so long that an independent arbitrator took over the matter late last month, setting up an end game for a dispute that has defined education politics in the District since the last contract expired in October 2019.

But that has not ratcheted down tensions between Mayor Muriel Bowser and the union, deepening the political rift between the two sides and heightening concerns that this unsettled labor situation is driving teachers out of the school system. A new contract would not only update salaries to account for three years of inflation, but it could also settle long-running arguments about working conditions at a time when teacher retention is broadly viewed as a major challenge for the District.