“The WTU is proud to stand behind a diverse slate of candidates who will champion public education and who will strive to move beyond the status quo that continues to fail far too many students,” said Jacqueline Pogue Lyons, WTU President.

“These candidates have listened to parents and teachers and understand that it will take decisive action to close the city’s persistent and growing achievement gaps,” Pogue Lyons continued. “We also know that we can count on these candidates to help tackle the issues – including the lack of a fair contract with teachers and the use of the IMPACT evaluation system which has been found to be racially biased – that have led to the District having a rate of teacher turnover that far exceeds the national average.”

For City Council, the WTU endorses:

“The State Board of Education plays a vital role in our education system giving voice to students, parents, and educators,” said Regina Bell, the WTU’s General Vice President. “Our city’s accountability system continues to be heavily weighted towards measures that are proxies for poverty – tests and attendance – and the WTU is excited to endorse individuals who are committed to moving our city towards a governance system that is more democratic.”

For DC State Board of Education races, the WTU endorses:

The WTU’s Committee on Political Education (WTU-COPE) leads all WTU political activities. The WTU-COPE facilitated the endorsement process by issuing questionnaires to candidates, conducting candidate surveys and interviews, polling COPE members and presenting its recommendations to the WTU Executive Committee. The WTU Executive Committee then presented its recommendations to the WTU membership which approved the endorsements.

About the Washington Teachers’ Union

The WTU represents more than 5,000 active and retired teachers. It is dedicated to social and educational justice for the students of the District of Columbia and to improving the quality of support, resources, compensation and working conditions for the public servants and proud teachers who educate our students in D.C. Public Schools. Learn more at www.WTULocal6.net.

The full press release can be downloaded by clicking here. 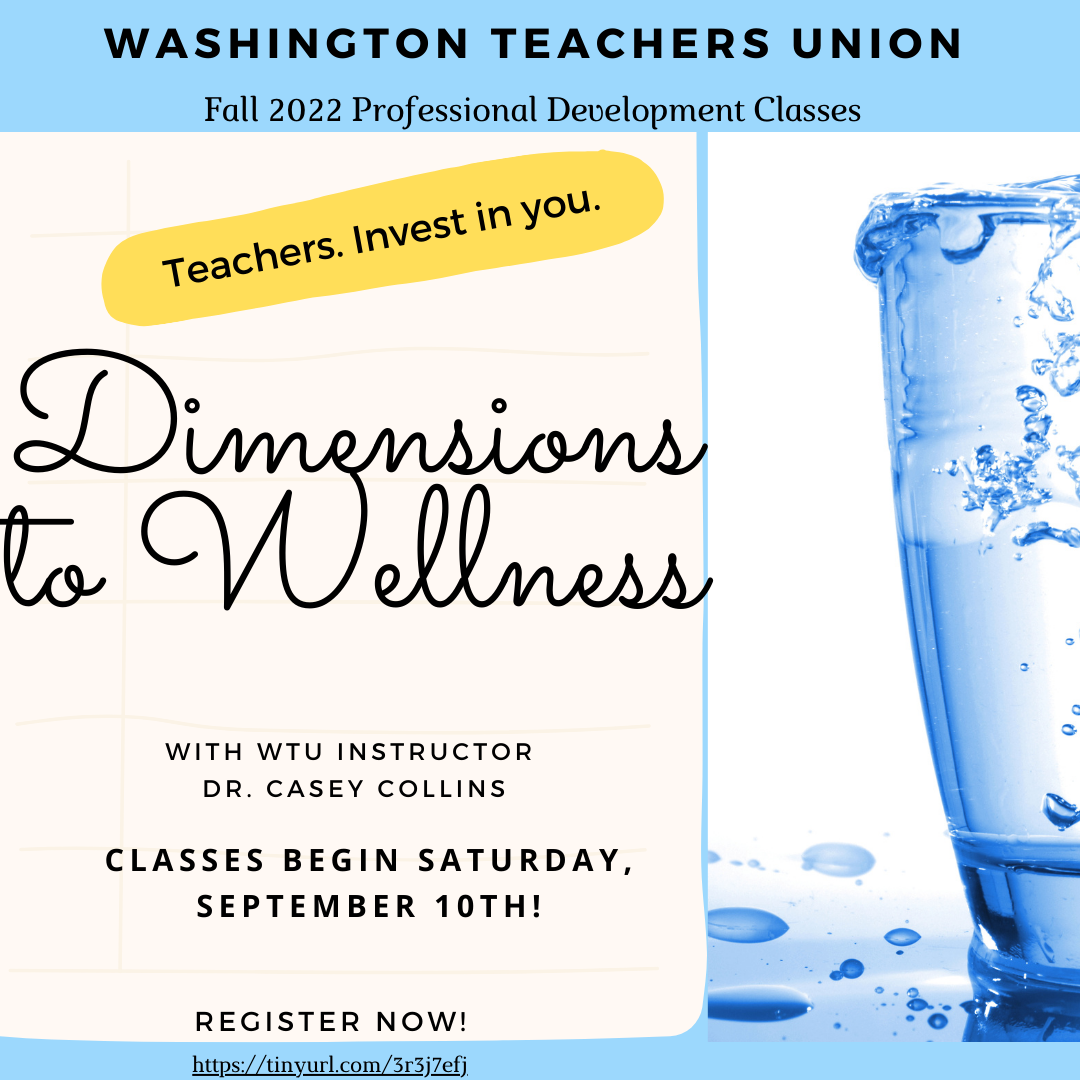 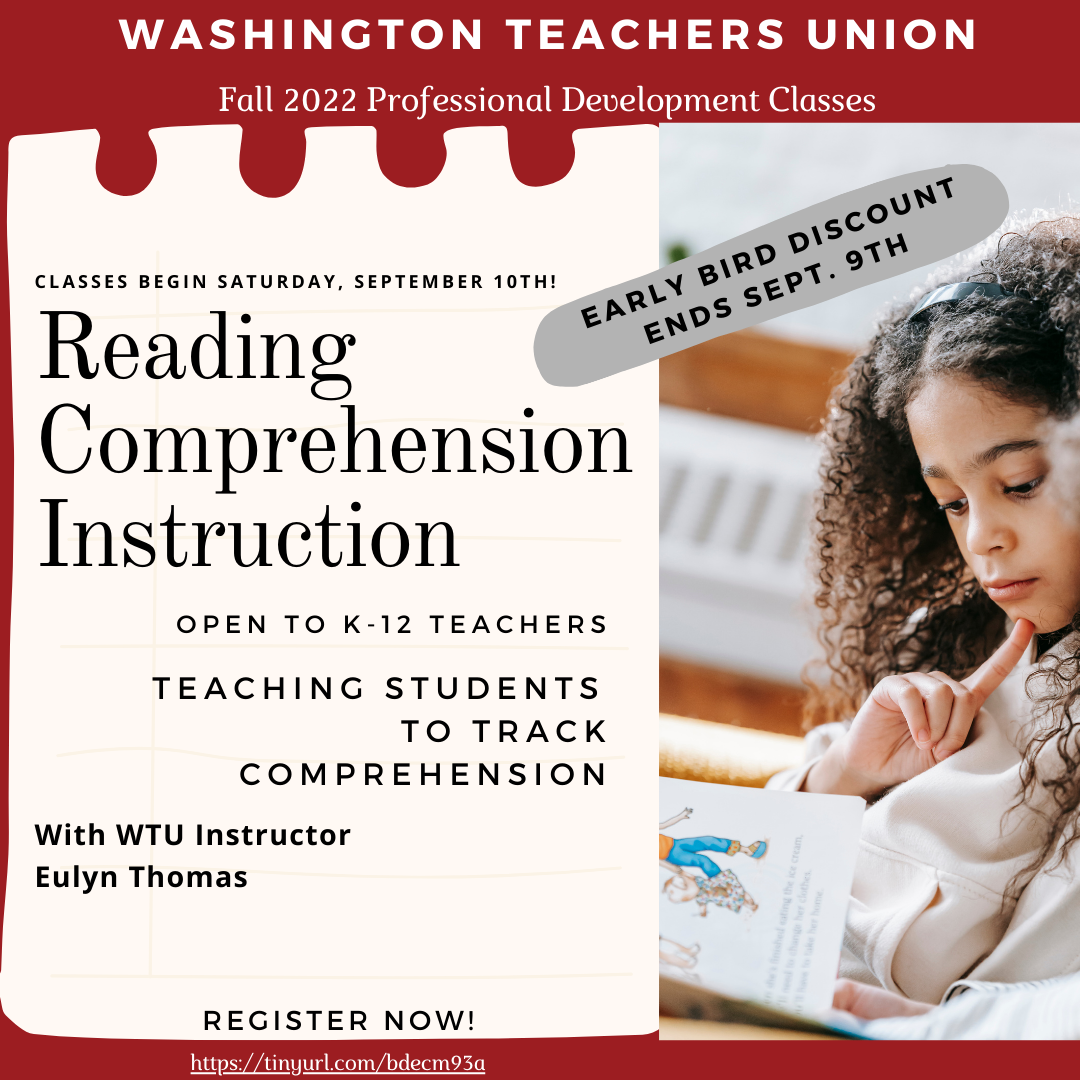 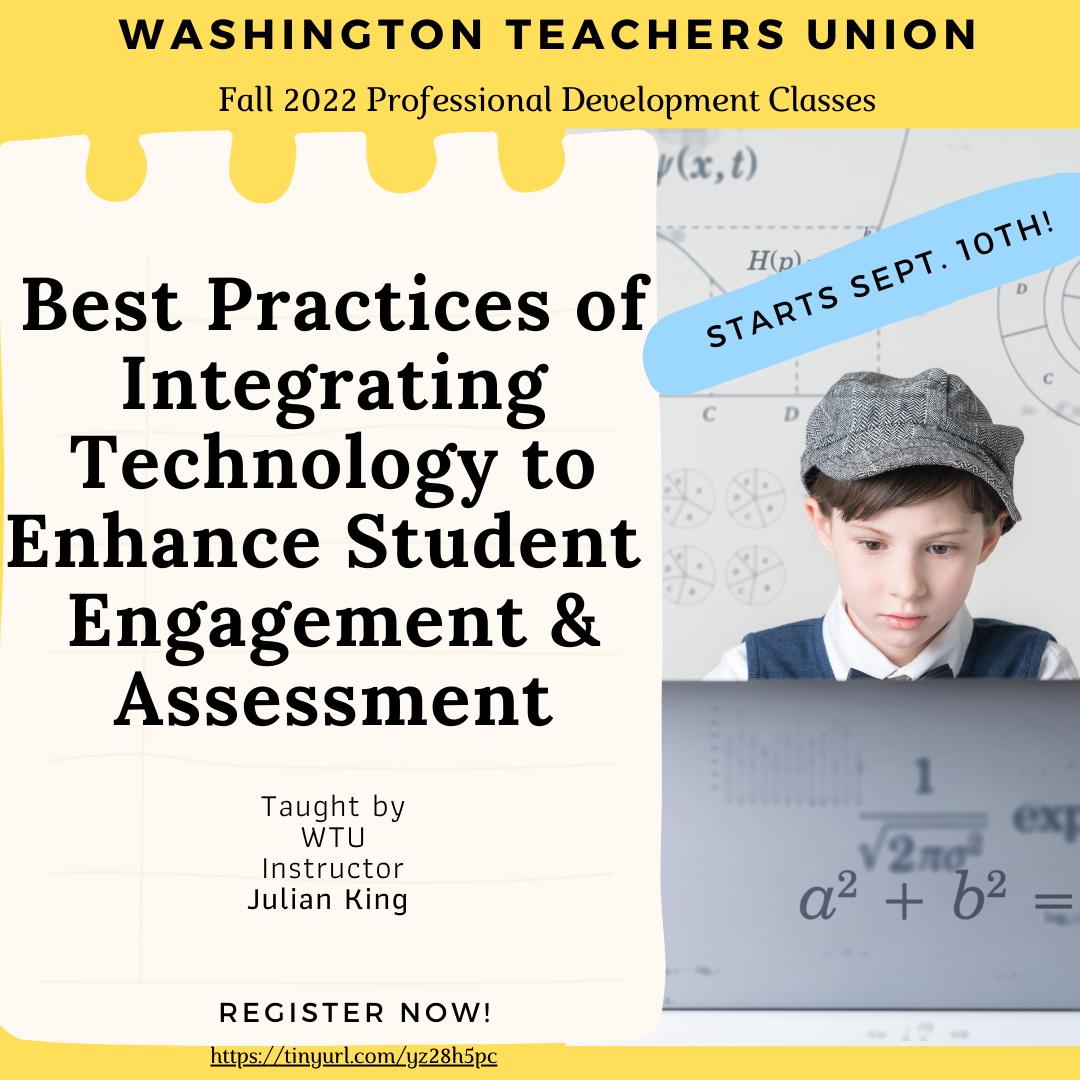 Earn College Credits and or PLU's! Enroll in WTU's Fall Professional Development Courses before Friday, September 9th to catch the Early Bird Discount on courses for WTU members. Non-members are also welcome to enroll in WTU’s professional development courses. All courses are research-based, peer-to-peer and solutions-driven. Want to learn more about managing students with behavioral or emotional problems? Join WTU instructor Staci Abrams in her class on Managing Behaviors in School Communities (MBSC) as she shares effective mitigation and prevention strategies.

In Historic Moment, President Biden Pledges to Cancel Student Debt for Tens of Millions of People

August 24, 2022 | WASHINGTON, D.C. — Today, President Biden announced an historic action to cancel student debt for tens of millions of Americans. Today’s action will provide up to $20,000 in debt cancellation to people with student debt who used a Pell Grant to pay for college and up to $10,000 in debt cancellation for all other borrowers, so long as borrowers earn less than $125,000 per individual or $250,000 per household. More information about this historic announcement is available here.

Listen to a WHUR Radio interview with WTU President Jaqueline Lyons Pogue where she discusses the reasons some teachers are leaving the profession and what DCPS can do to help. The podcast interview titled "Where are the teachers?," cites the mass exodus of teachers leaving the field in the last year.  All of this as school systems are hoping to hire more teachers to fill classrooms. 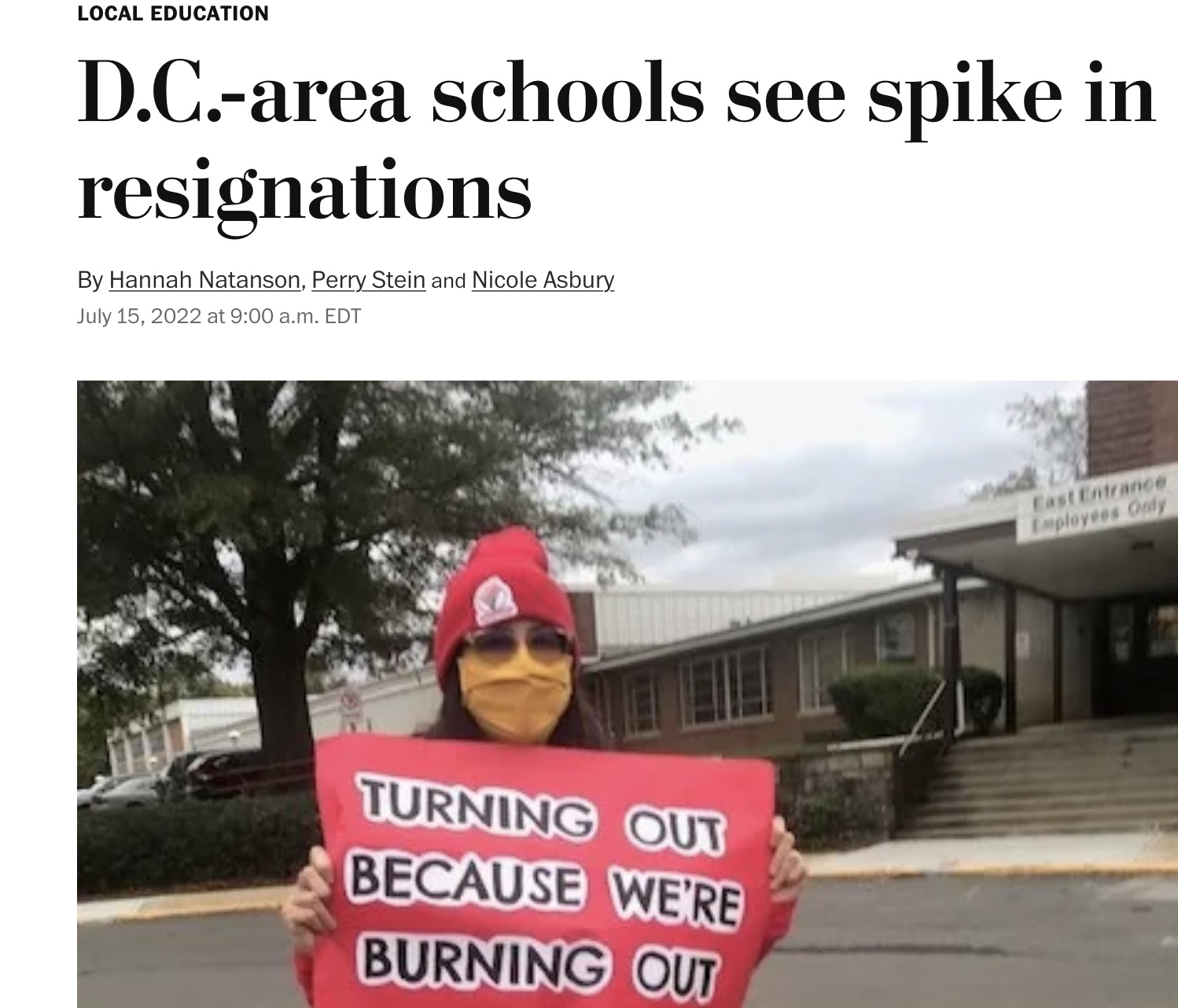 When interviewed for the July 15th article in The Washington Post, WTU President Jacqueline Pogue Lyons expressed serious concerns with the high numbers of DC teacher resignations compared to other counties in the DC region. The lack of a contract, she said, doesn't help.

D.C. schools and teachers struggle to reach a contract after three years 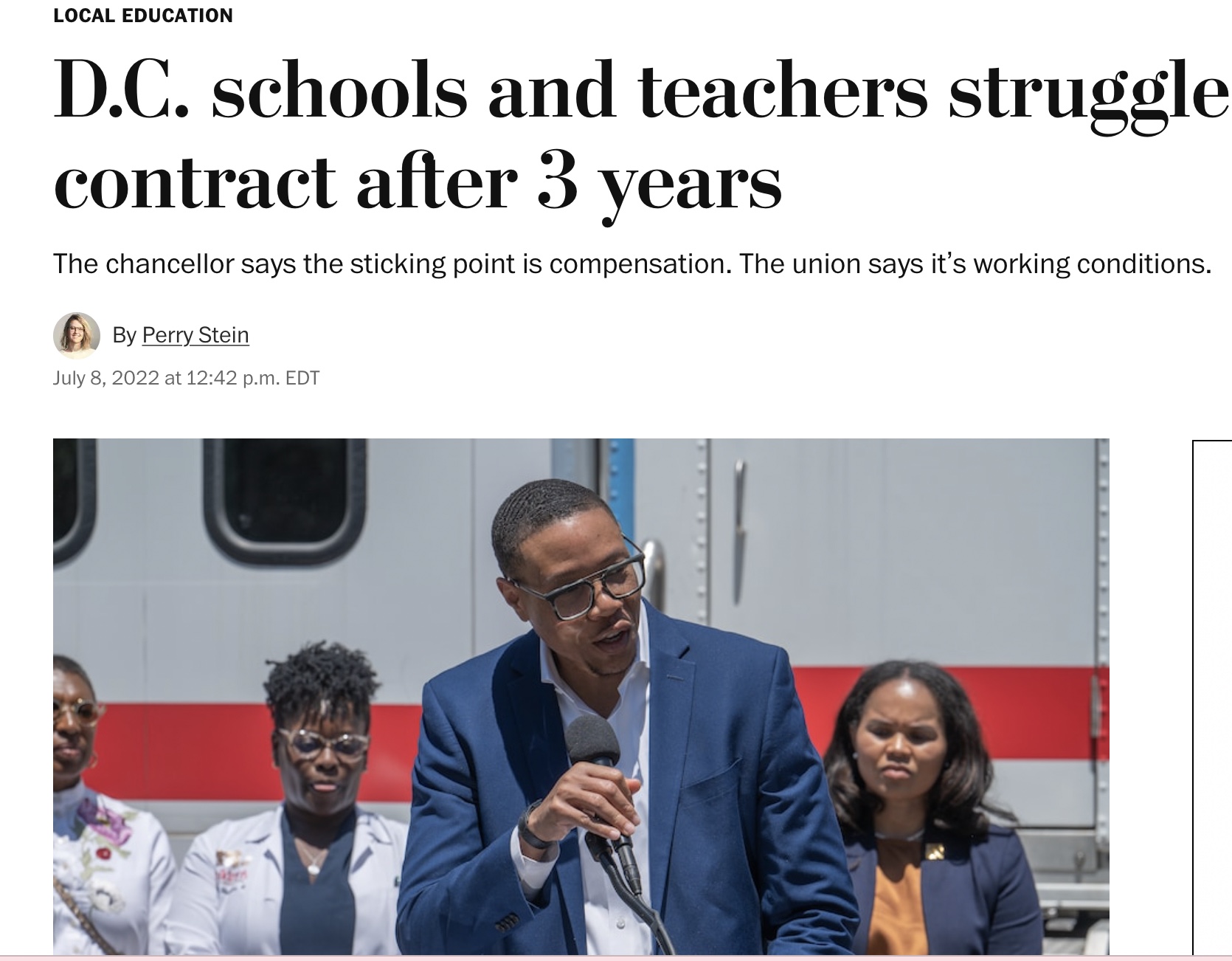