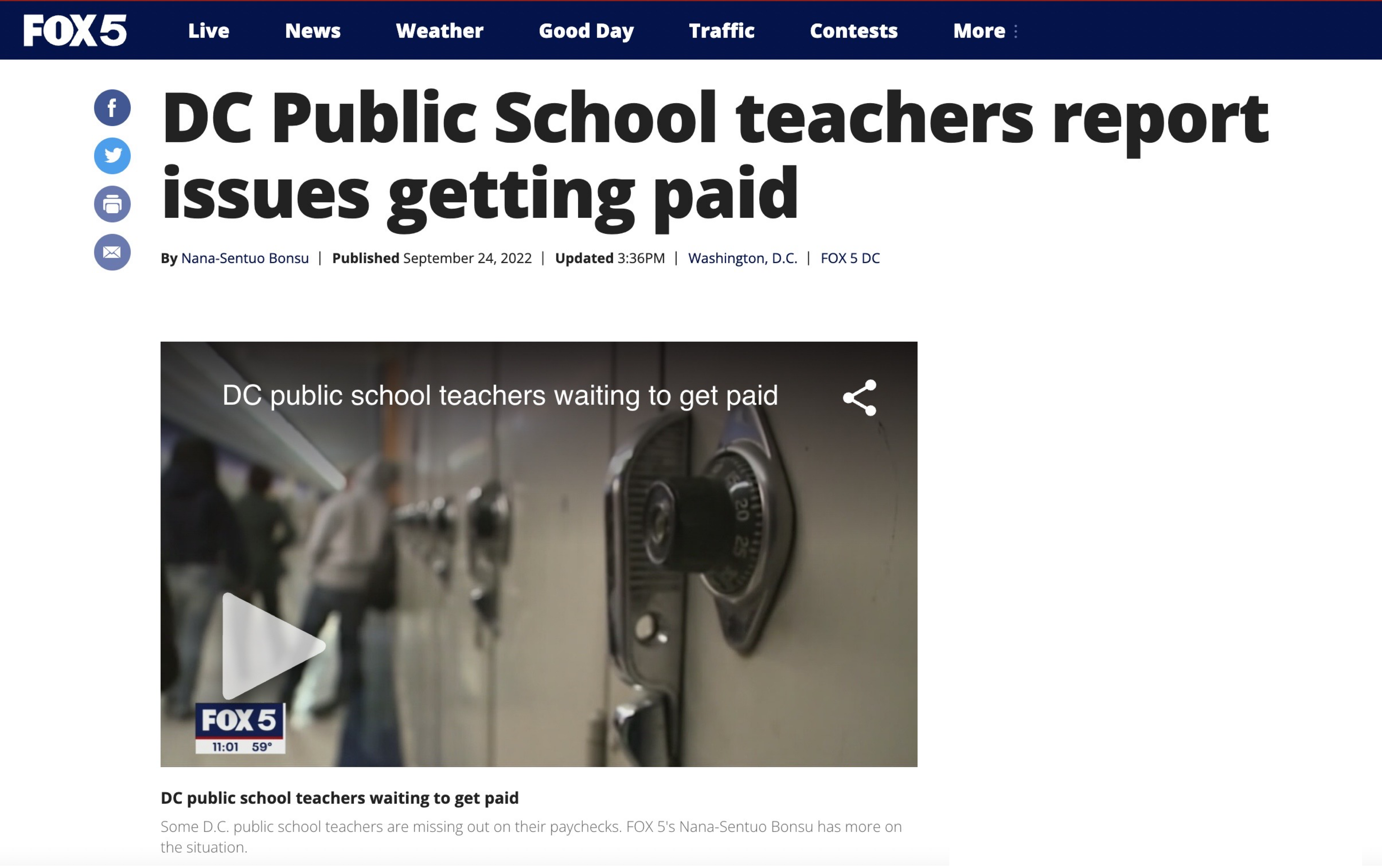 Fox News reported on the missing pay issues affecting DCPS teachers. Dozens of teachers are missing thousands of dollars, some since the summertime. Paychecks are coming up short as much as $1000 a month. WTU's President Jacqueline Pogue-Lyons emphasized how when things like this happen, teachers feel disrespected. Given the lack of a contract in three years, it is hard to expect teachers to be patient with these issues. 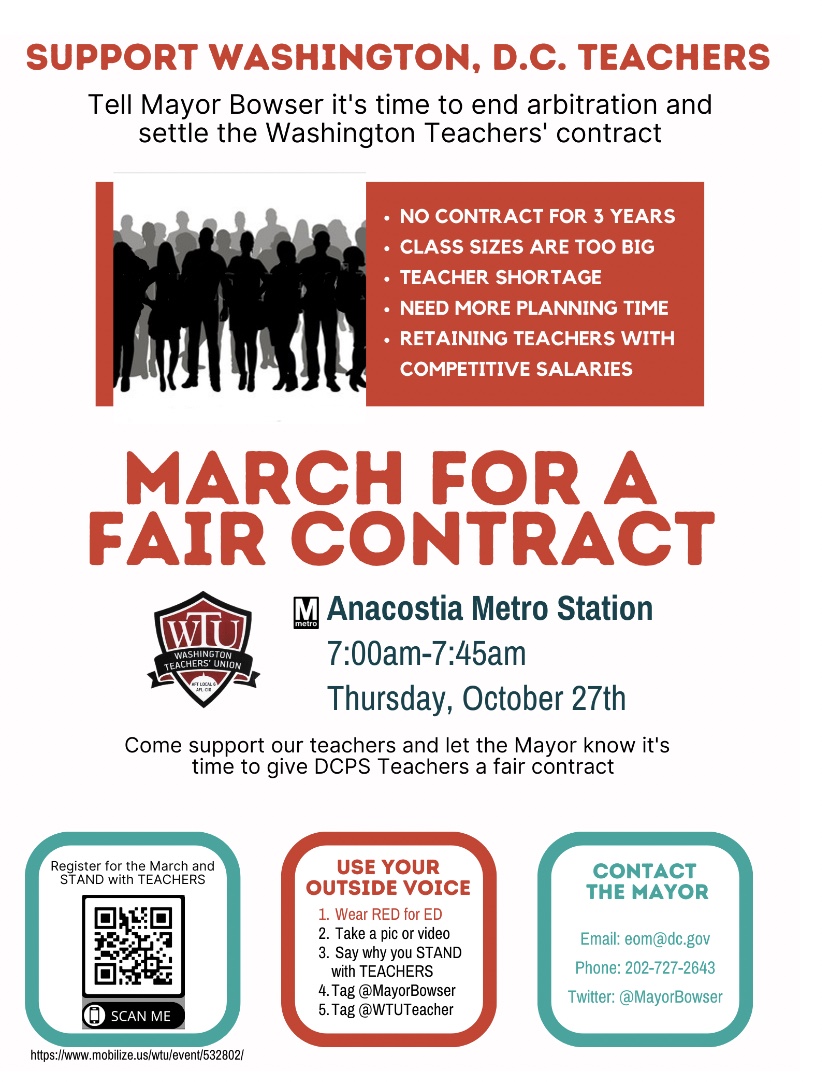 “We’ve done our own research… of the 629 that we surveyed, 69 percent said that they’ve considered leaving,” Lyons said. “I was a teacher in Ward 8 for many years, they just don’t feel like they get the support they need.” 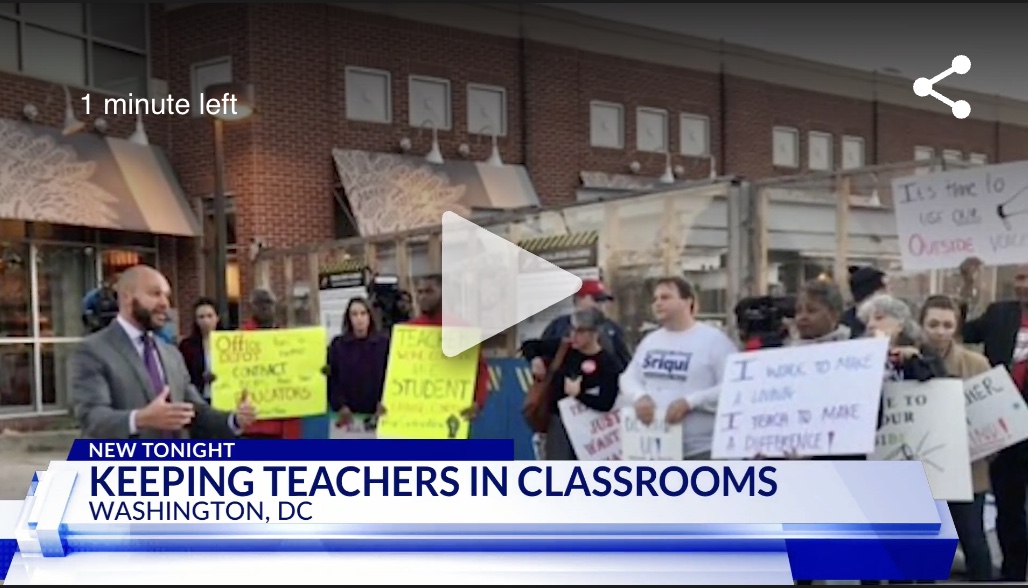 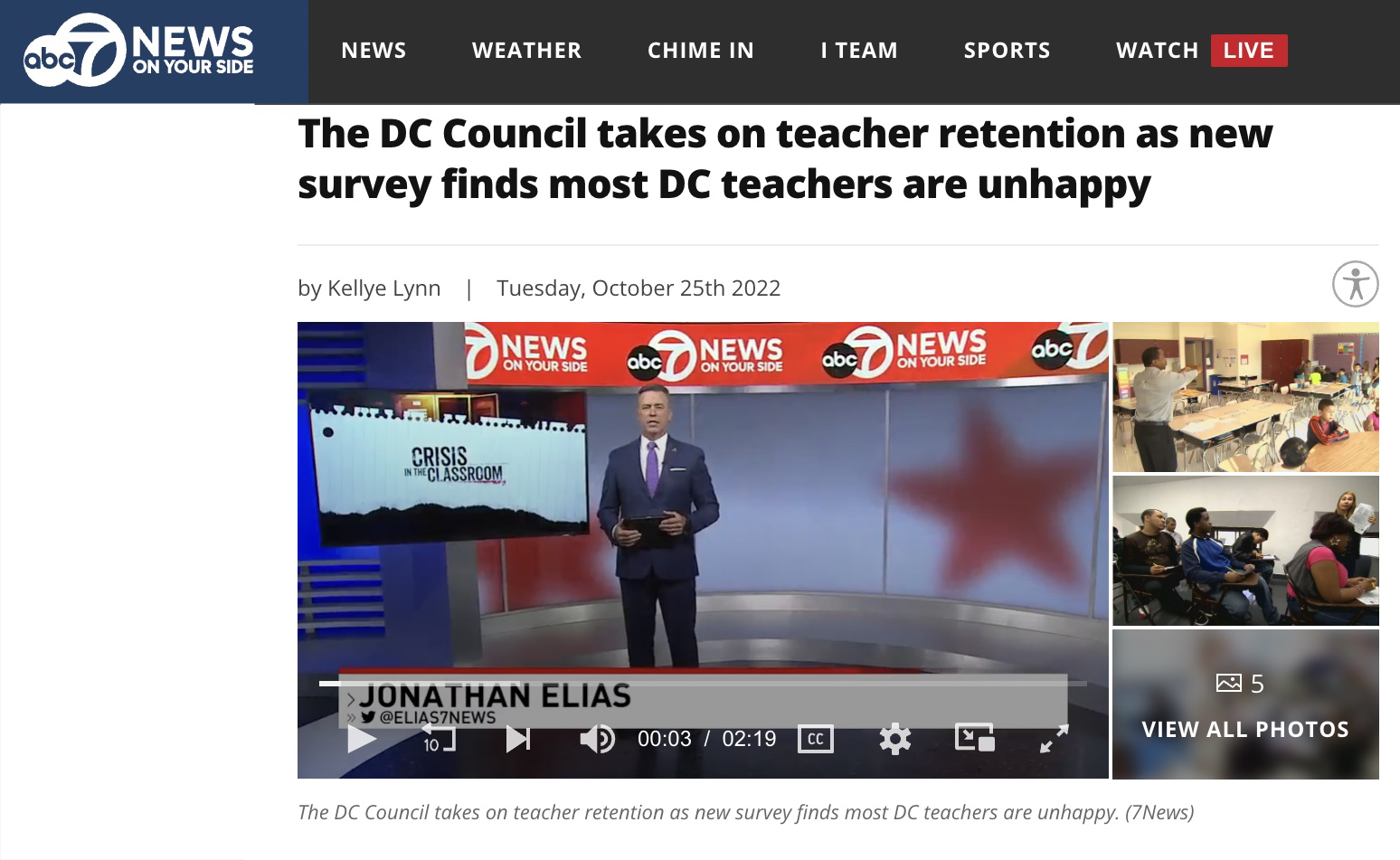 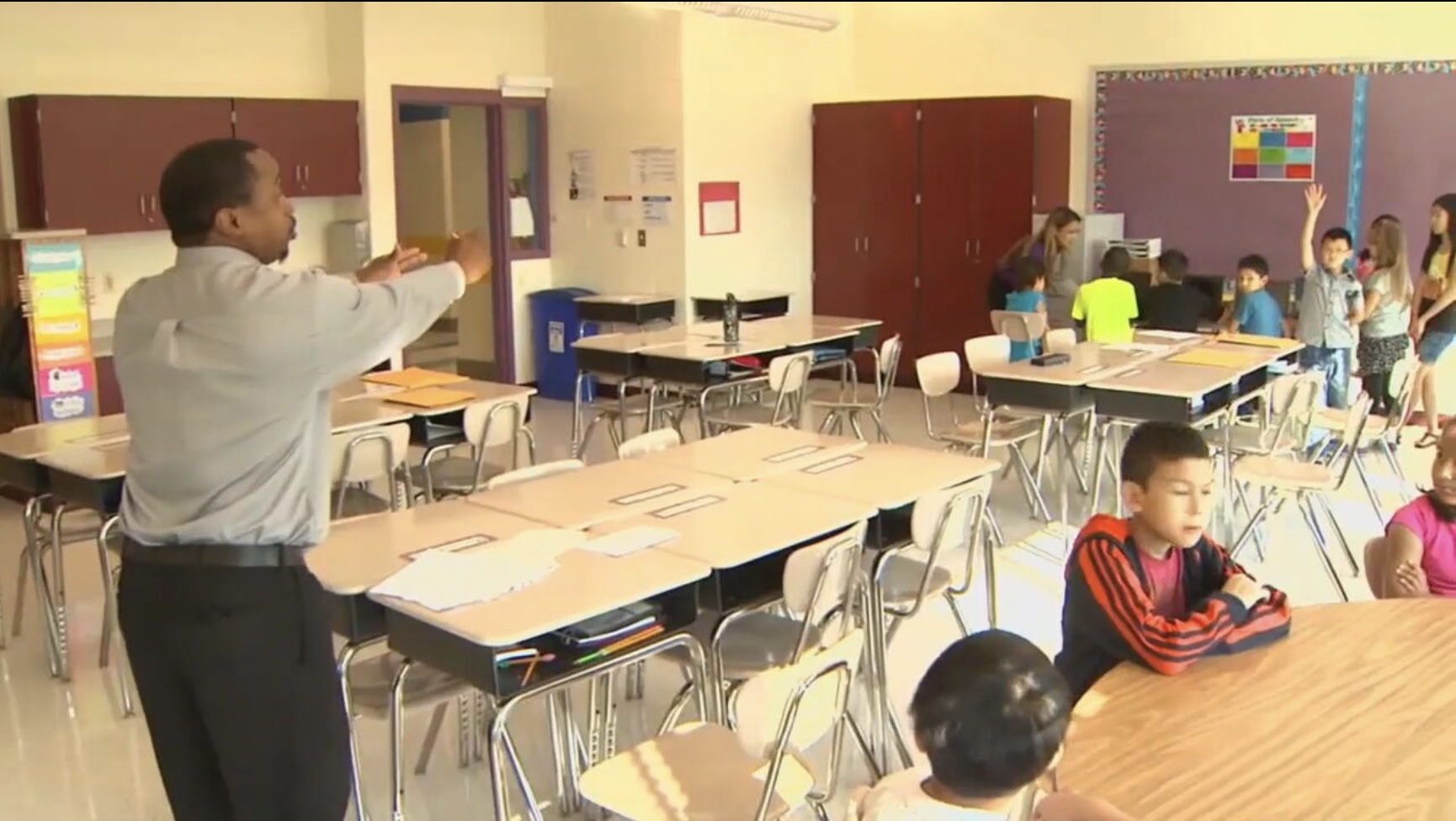 1/3 of teachers every year.

She tells me a recent union survey shows most DC teachers are not happy with their jobs.

"Everyone says they love the teachers, they appreciate their work, but when it comes time to show it, they feel like it's just words and not actions," she said. 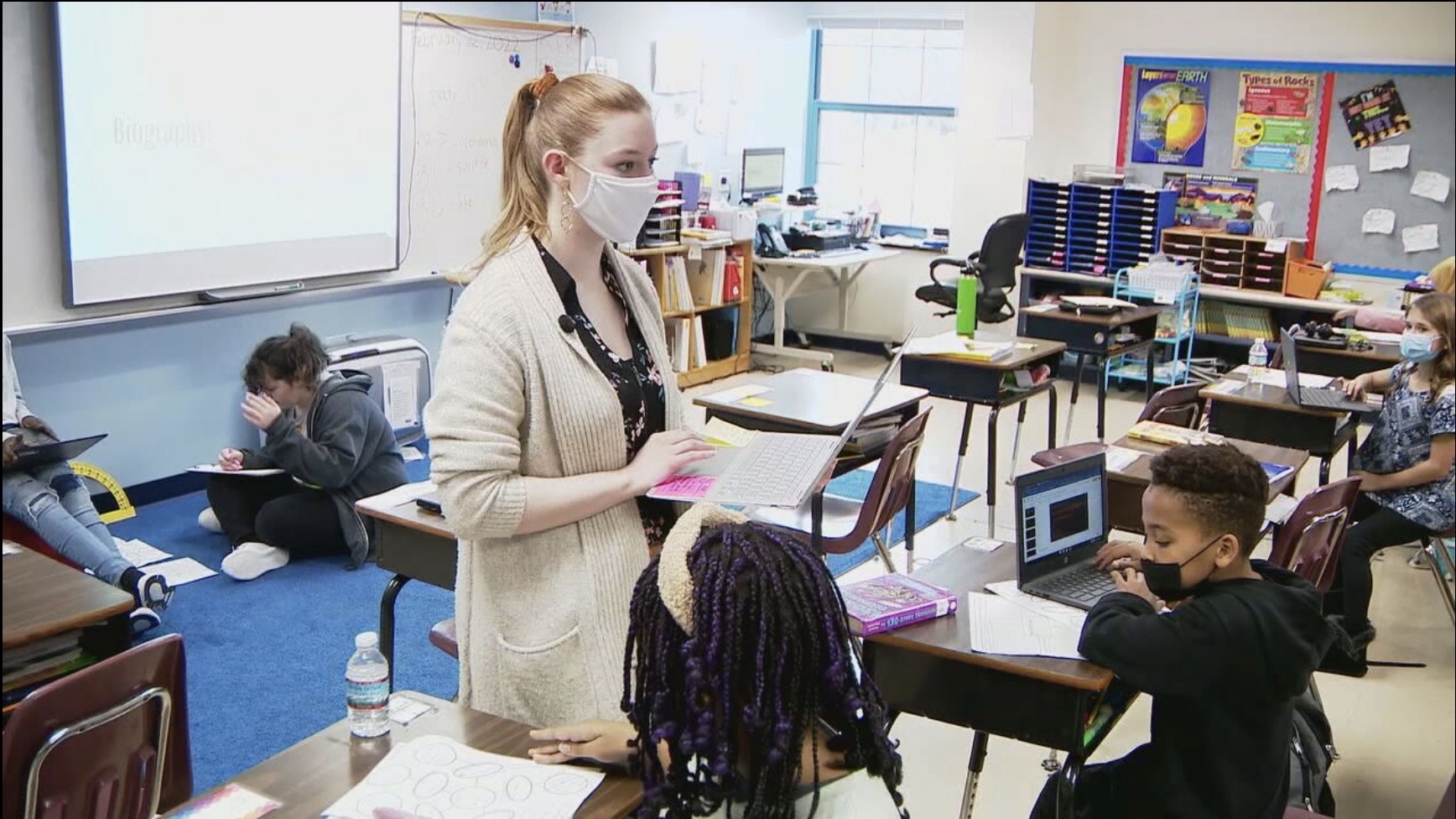 Among the survey findings: most DCPS teachers are not satisfied with current conditions.

More than half believe DCPS has not treated teachers with respect, negotiated honestly, or made fair contract offers. 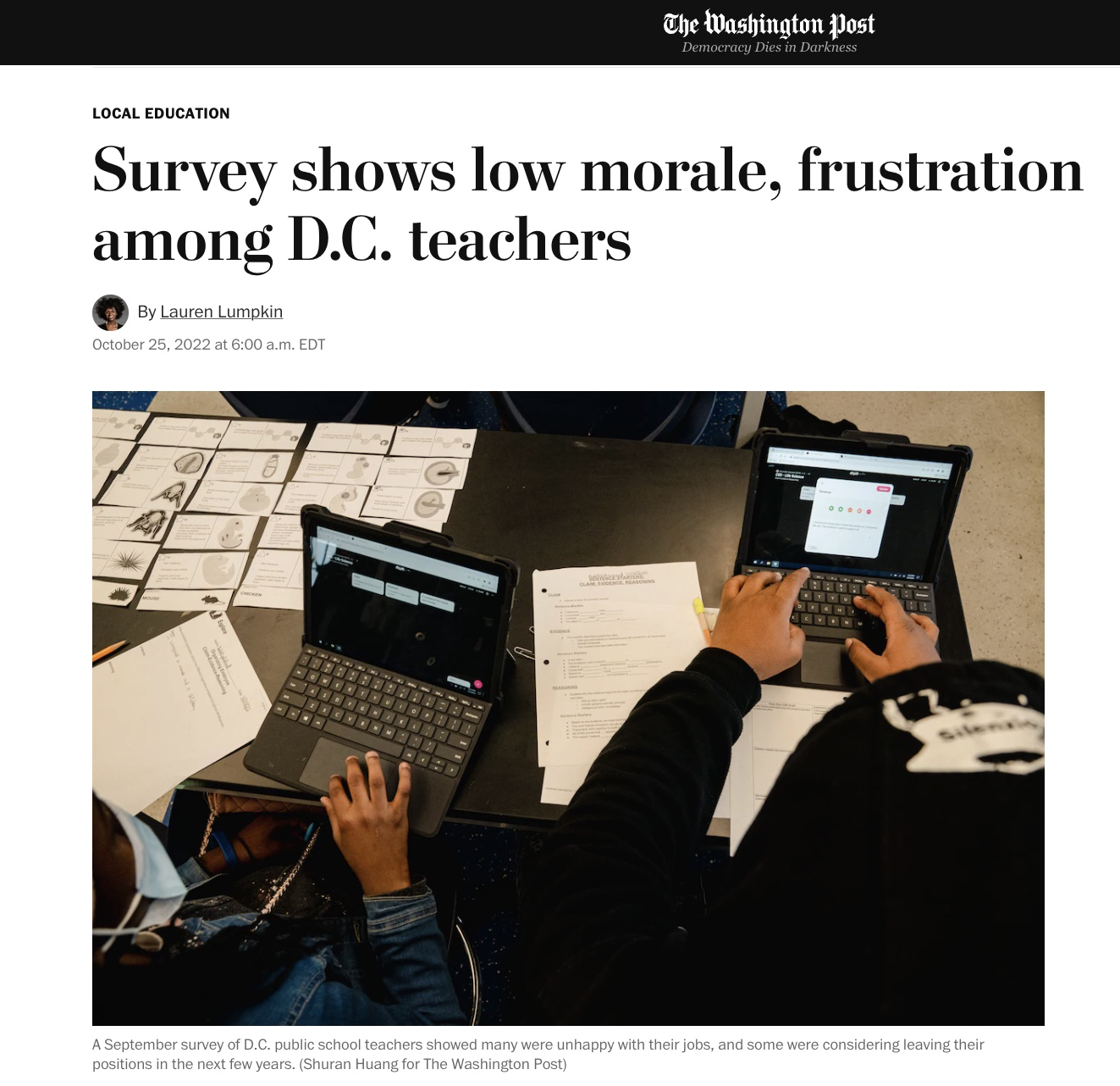 On Tuesday, October 25th, the Washington Post aired the results of a WTU survey of more than 600 teachers. Nearly half said they will likely leave their jobs in the next few years. Four out of five are unhappy in their jobs. As frustrations about the contract or lack thereof rise, teachers cite lack of a raise, rising inflation, increased workloads and teacher turnover as their main concerns.

“Teachers’ dissatisfaction with their working conditions affects children’s learning conditions,” said Jacqueline Pogue Lyons, the union’s president, in a statement. “Teachers are stressed, overwhelmed and upset that they don’t get the support and compensation they need to do their jobs as well as they’d like to. As a result, more and more folks are leaving these jobs, and we have more vacancies than we can fill.”

The survey, which was conducted between Sept. 21-26 paints a grim picture of the city’s public school workforce. Teachers expressed concerns over a lack of support from principals, insufficient planning time and class sizes.

WTU on Fatal Shooting of a 15-year-old Young Man

DCPS Educators Haven’t Had a Contract in Three Years

WASHINGTON—Members of the Washington Teachers’ Union, who have been teaching D.C. public school students without a contract or a raise for three years, will join their community on Saturday at the H Street Festival.

WTU educators will be talking with the public about their agenda for improving D.C.’s public schools, including helping recruit and retain good teachers and ensuring their students get the resources they need to do well—all things they’re fighting for at the bargaining table.

WTU teachers, in addition to handing out flyers to the public, will be handing out free books to students of all ages at their table on H Street between 5th and 6th Street, N.E.

“We want what’s fair for teachers and good for students and their families. Because the reality is, D.C. public schools are struggling to recruit and retain teachers, educators haven’t had a raise in three years, class sizes are too large and educators need planning time to prepare for the day’s instruction. But by showing no urgency to confront these problems, DCPS and the mayor are turning their backs on every D.C. family and the entire community. This has terrible consequences for D.C. students,” said WTU President Jacqueline Pogue Lyons.