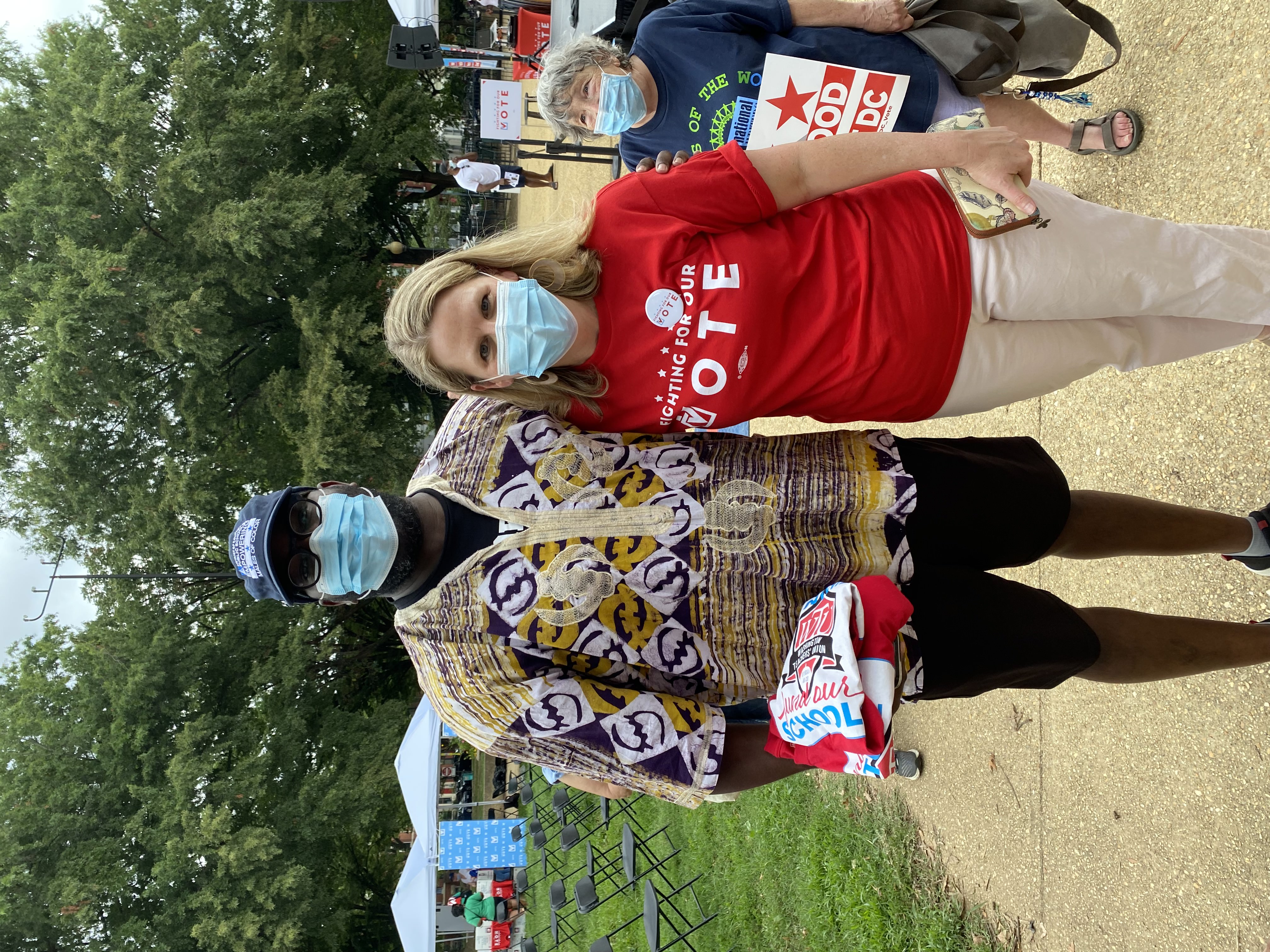 The Washington Teachers’ Union has a staff of highly trained Field Representatives who advise the Building Reps and SCAC teams, help enforce the WTU-DCPS contract, continually strive to strengthen educator-administrator collaboration, and when necessary, process grievances. Only WTU members can access the help of Field Representatives and the WTU staff if they believe their rights have been violated.

If you believe that you have been subject to unfair labor conditions or your contractual rights have been violated, please contact your Field Representative.

(For a full explanation, see Article 6, Grievance and Arbitration, on pages 35 to 40 of the WTU-DCPS Collective Bargaining Agreement (CBA). The wording and meaning of the provisions of the CBA prevail over any interpretation of the text below.)

GOAL OF THE WTU GRIEVANCE PROCEDURE: To resolve any disputes between DCPS educators and DCPS administrators amicably. It is expected that both parties to any dispute will make good faith efforts to meet this goal.

a complaint involving a work situation, OR

a complaint that there has been a deviation from, misinterpretation of, or misapplication of a practice or policy, OR

a complaint that there has been a violation, misinterpretation or misapplication of any provision of the Collective Bargaining Agreement.

RIGHT TO REPRESENTATION: At every step of this procedure, and at every meeting that might lead to being disciplined or terminated, educators have the right to be represented by, and be accompanied by, a WTU Building Representative, a School Chapter Advisory Committee (SCAC) member, a WTU Field Representative, or other WTU representative(s).

Within 14 school days from the date an educator or the WTU first learns of its cause, a grievance must be submitted in writing to a principal.

During those 14 days, every possible effort should be made to resolve the issue without formerly filing a grievance, and at the same time a formal grievance should be prepared for potential filing.

At the same time, the individual who feels aggrieved should work with one or all of the WTU representatives listed above to prepare a grievance, including:

a brief statement of the facts;

where appropriate, a reference to the provision(s) of the CBA alleged to be violated, and

If there is no resolution after every possible effort has been made to resolve the dispute amicably, then a grievance should be filed with the principal within 14 days of the cause of the grievance.

If no resolution is reached, the parties may submit the grievance to voluntary mediation by the Federal Mediation and Conciliation Service (FMCS). However, there is only one hearing officer for DCPS, so it is likely there will be a long delay in receiving a ruling.

Because of the lack of mediators, most grievances that are not resolved by the time they reach Step One Stage Three, go to the office of the Chancellor.

If either party is dissatisfied with the decision rendered at Step Two, it may take the matter to arbitration. The decision of the Arbitrator shall be final.