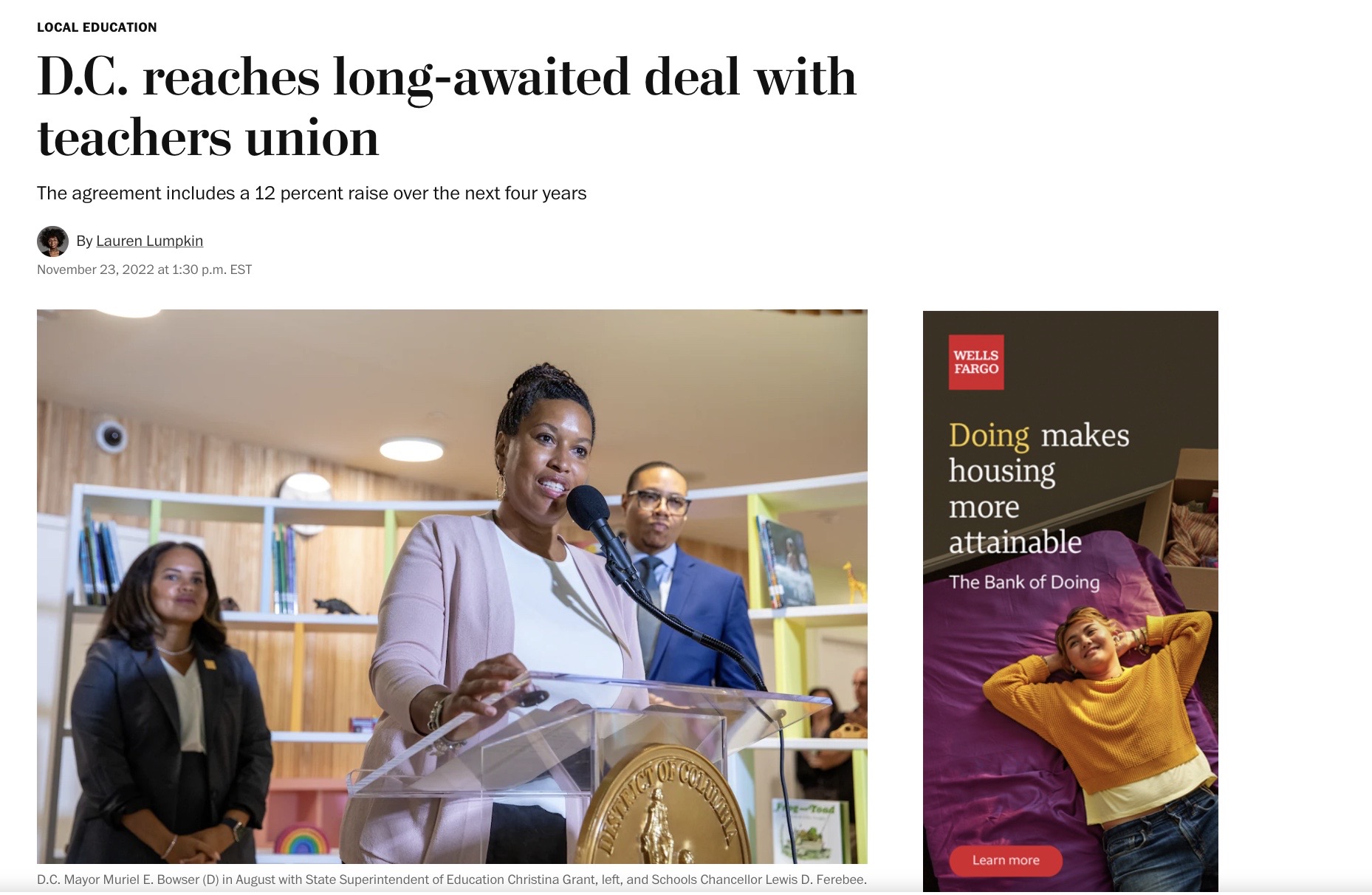 After more than three years with out a contract, the District has reached a tentative agreement with its teachers union that would give the educators a retroactive raise and a salary hike for next year, officials announced Wednesday. Read the Full Story Here. 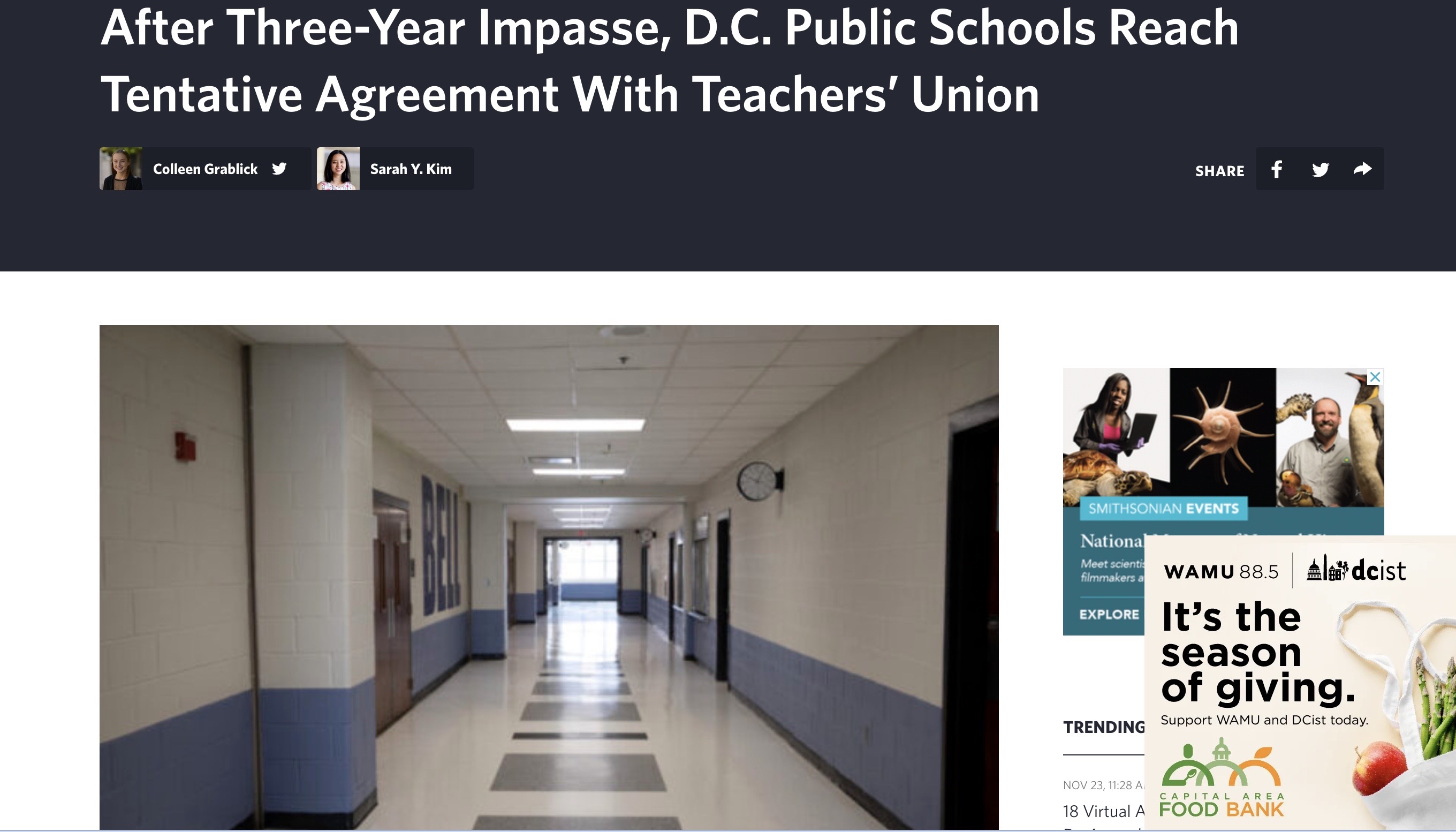 After more than three years of stalled negotiations, D.C. Public Schools have reached a tentative contract agreement with the Washington Teachers’ Union, according to a statement from D.C. Mayor Muriel Bowser on Wednesday.

“Today, we are proud to reach an agreement that delivers robust back pay in recognition of the tireless efforts and sacrifice our teachers have made over the past three years,” reads Bowser’s statement on the agreement, which spells out a 12 percent increase in salary over four years, and a four percent retention bonus. “This agreement provides our educators with competitive raises that will help the District to retain and attract the best talent for our schools.” 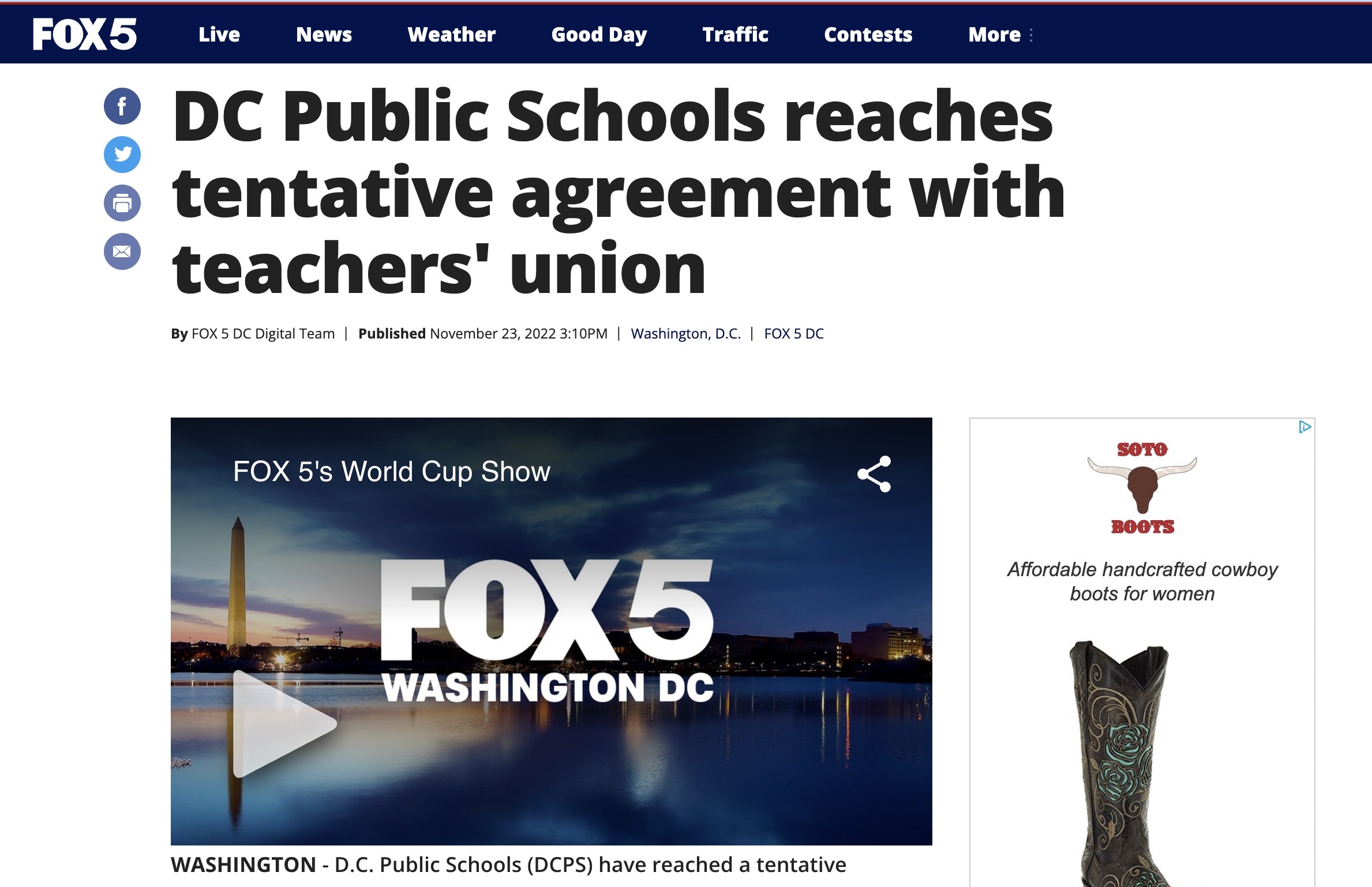 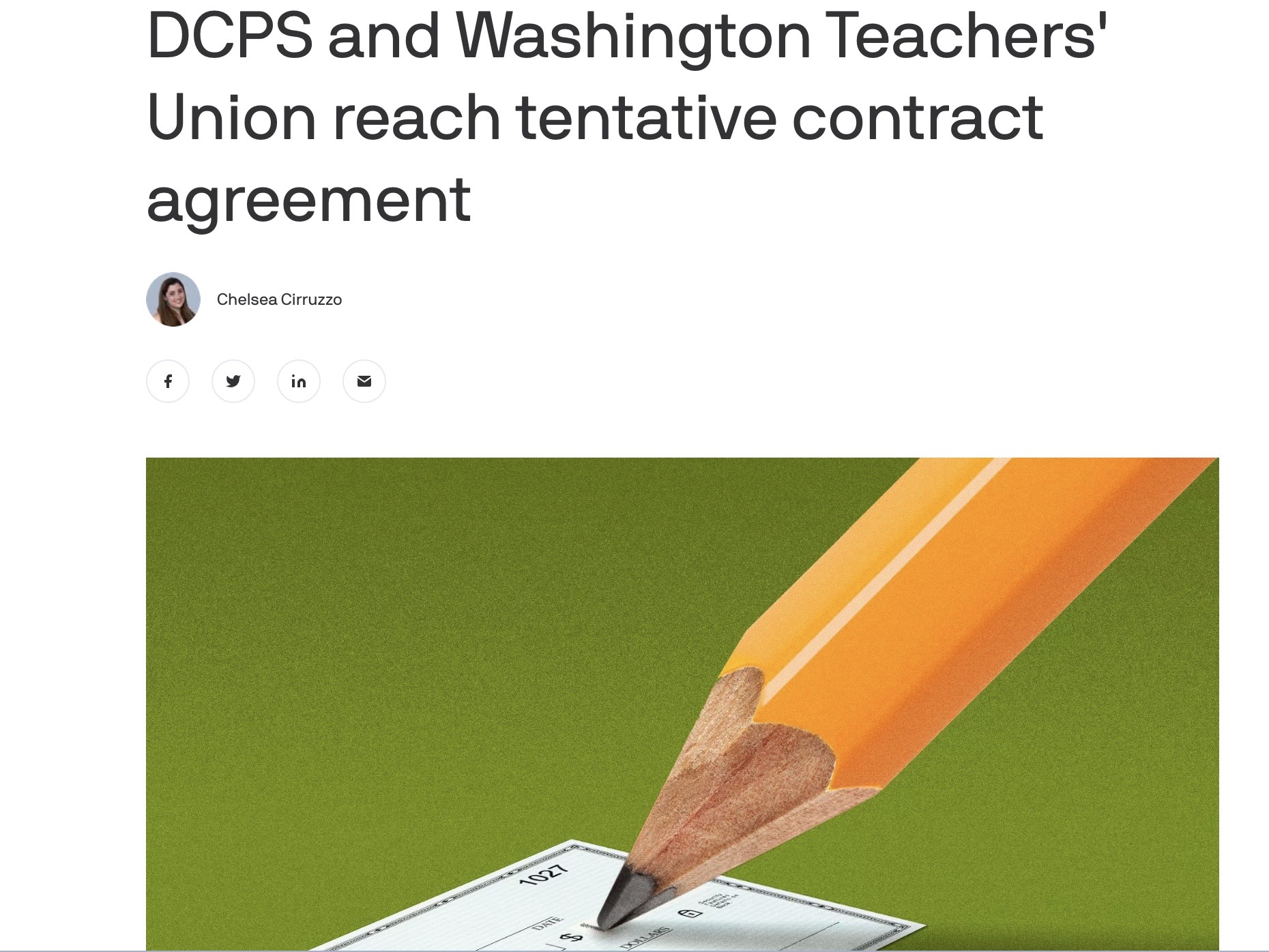 The WTU and DCPS Reach a Tentative Agreement after three years of negotiations! 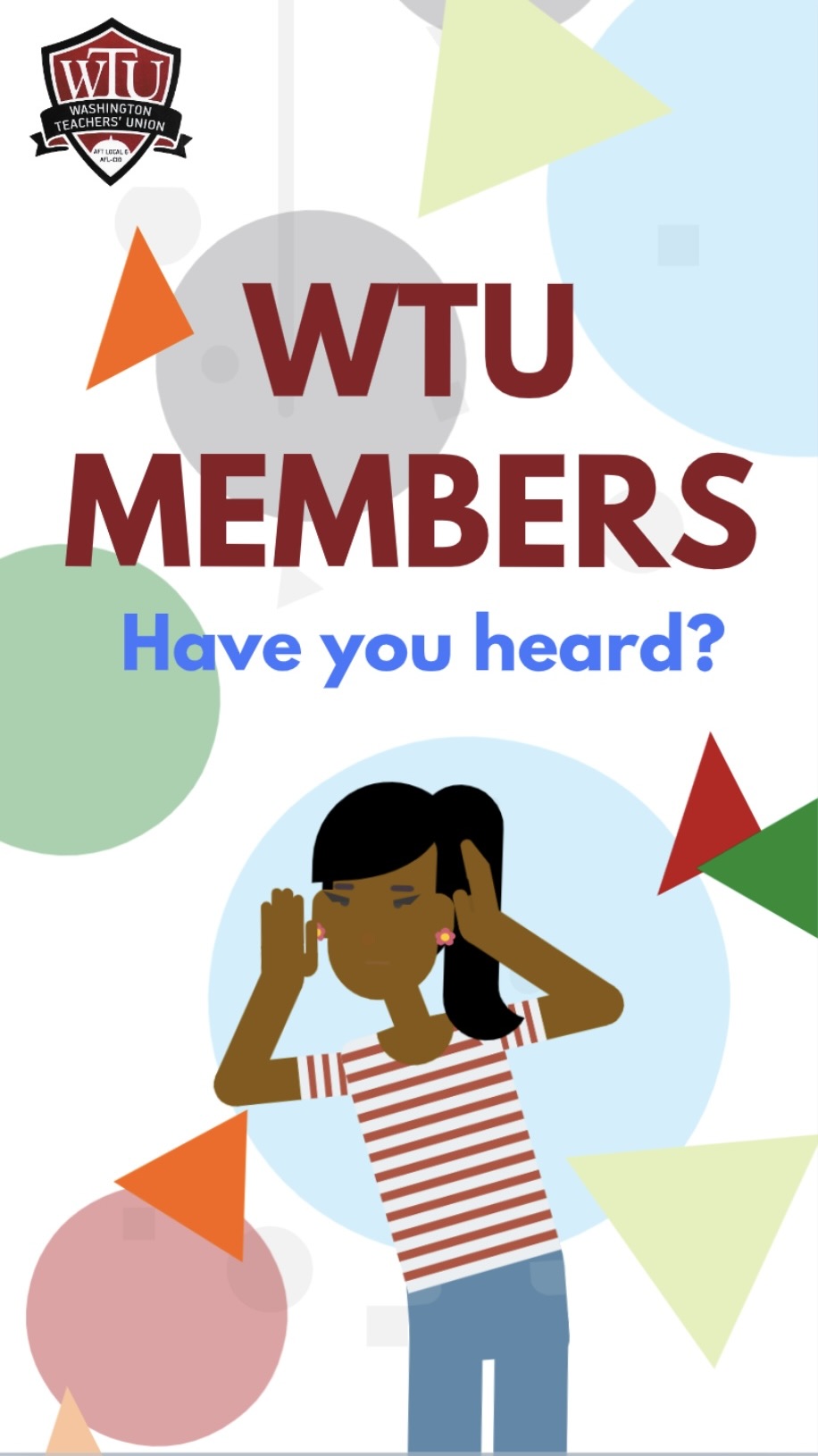 We put in the work! We didn't let up -- and it paid off! After three tough years of negotiation, a tentative agreement was reached between the WTU and DCPS. The WTU won:

Details on the tentative agreement will be released soon. All WTU members will have the ability to vote on whether or not to accept the offer. We'd like to thank the community groups who have supported us over the years as well as our tireless members. We couldn't have done it without you!

Allyson Criner Brown and Emily Roderer: What DCPS schools need to help students thrive — and to attract and keep teachers 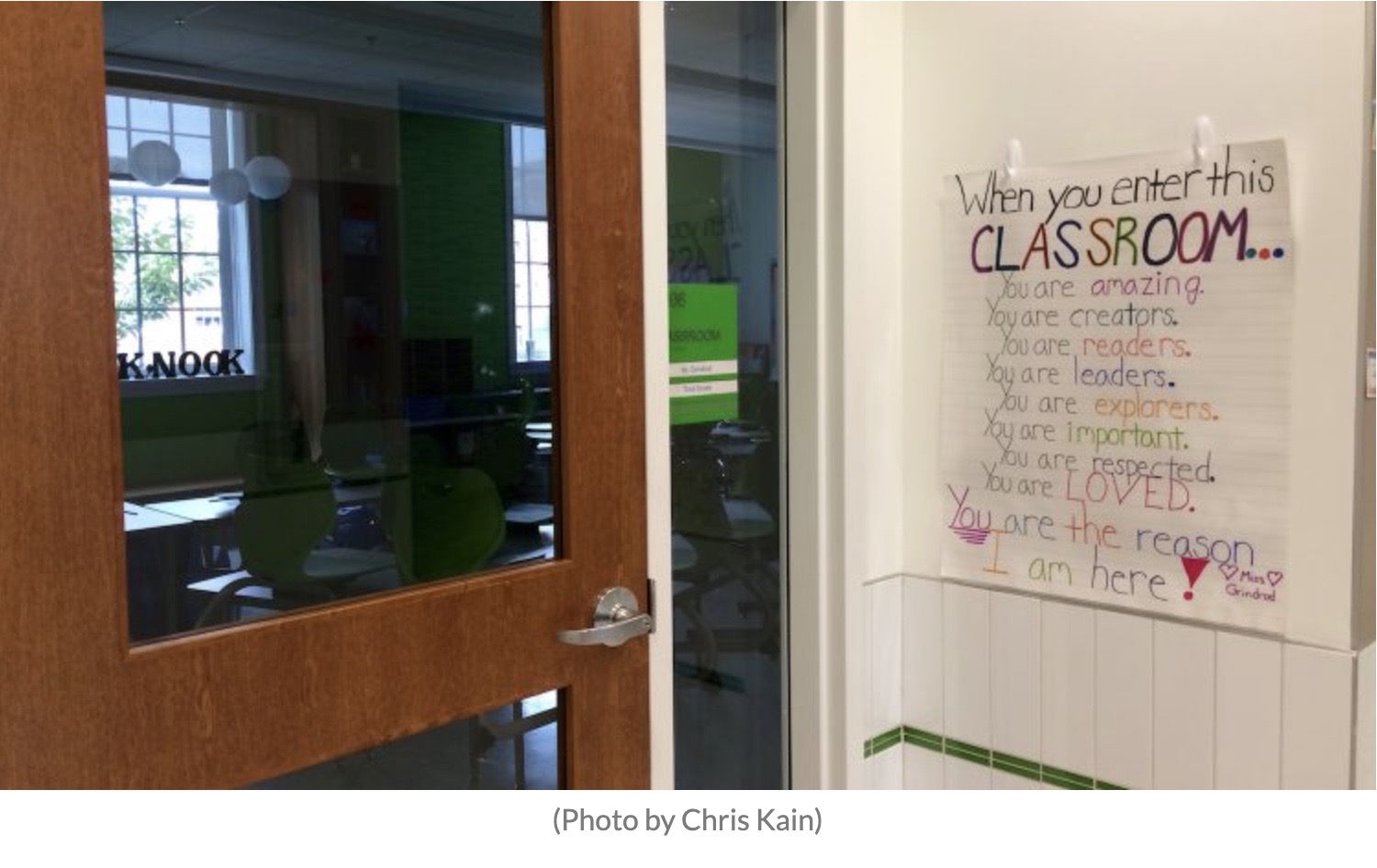 What makes a great public school, where students can truly thrive, teachers want to teach, and parents want to send their kids? As parents of students who have attended three schools operated by DC Public Schools (DCPS), we have a pretty good — and informed — idea. It takes adequate funding, supports and resources to address the needs and challenges of each school’s student population. It takes a respectful culture that values and supports all staff in the building, all students, and their families. 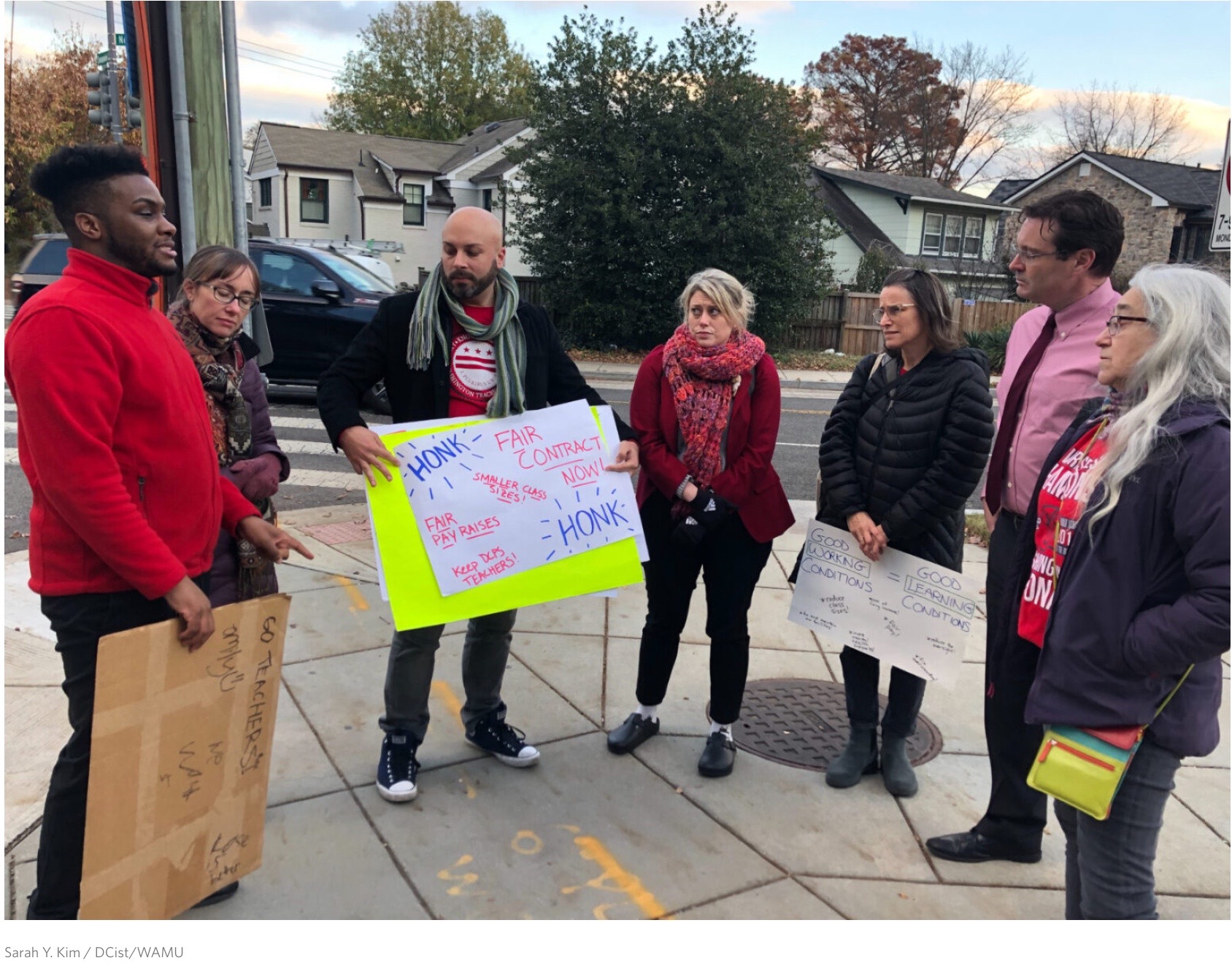 In a November 18th news story, DCist reported D.C. teachers held demonstrations at at least five schools across the city after school on Thursday, continuing their push for a contract after their last one expired in 2019.

At one school, they chanted slogans like, “Support your teachers, support your students,” and waved signs that declared “FAIR CONTRACT NOW!” and “GOOD WORKING CONDITIONS = GOOD LEARNING CONDITIONS.”