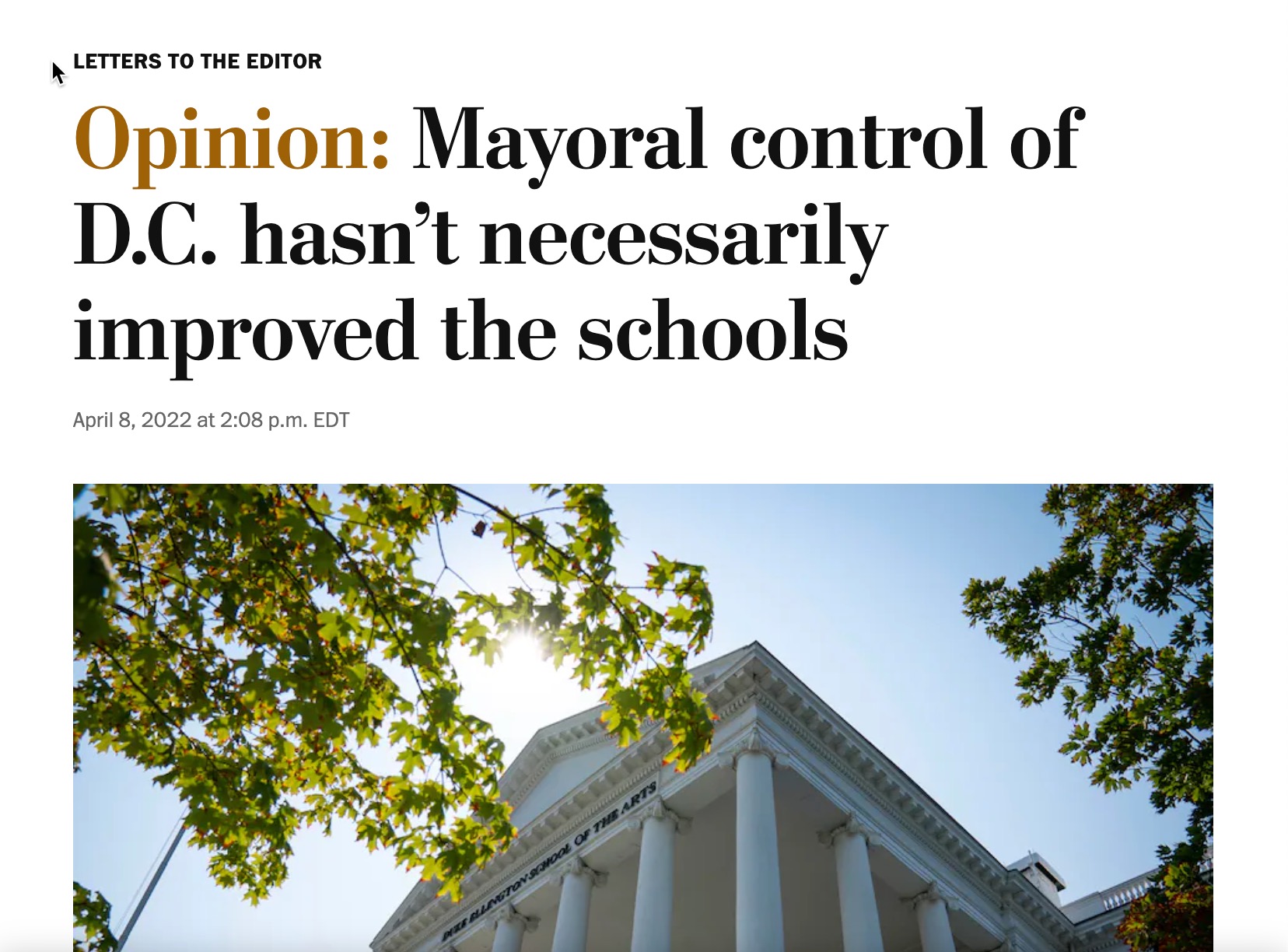 Nearly one-third of D.C. schools had heating, ventilation and air conditioning systems that were not working properly earlier this year. Students in some communities didn’t receive computers until weeks into the school year. The city took months to fill vacant covid-19 coordinator and substitute teaching positions. School communities struggle with budgets that fail to provide the basics for their students. Educators were not provided funds to purchase needed classroom supplies until December. These examples should be enough for D.C. to consider changes to mayoral control of our public schools.

In citing “successful reforms in staffing,” the editorial probably was invoking the Impact evaluation system as a reason for continuing mayoral control of schools. Yet The Post reported that the “D.C. teacher evaluation system has academic benefits, but is racially biased.” The district is also plagued by one of the highest teacher turnover rates in the country. We need a better definition of “successful reforms in staffing.”

And, yes, “since 2007, there have been increases in student achievement across all student groups.” However, these increases are not evenly distributed across all student groups. The Nation’s Report Card shows gains of D.C.’s wealthy students far exceed those of the most vulnerable students. Under mayoral control, achievement gaps — between Black and White students as well as between rich and poor students — have increased. These facts should never be whitewashed in a discussion of student achievement in D.C.

There are many reasons to support changes to the mayoral control of our public schools. Mayoral control hasn’t been the panacea the editorial made it seem.