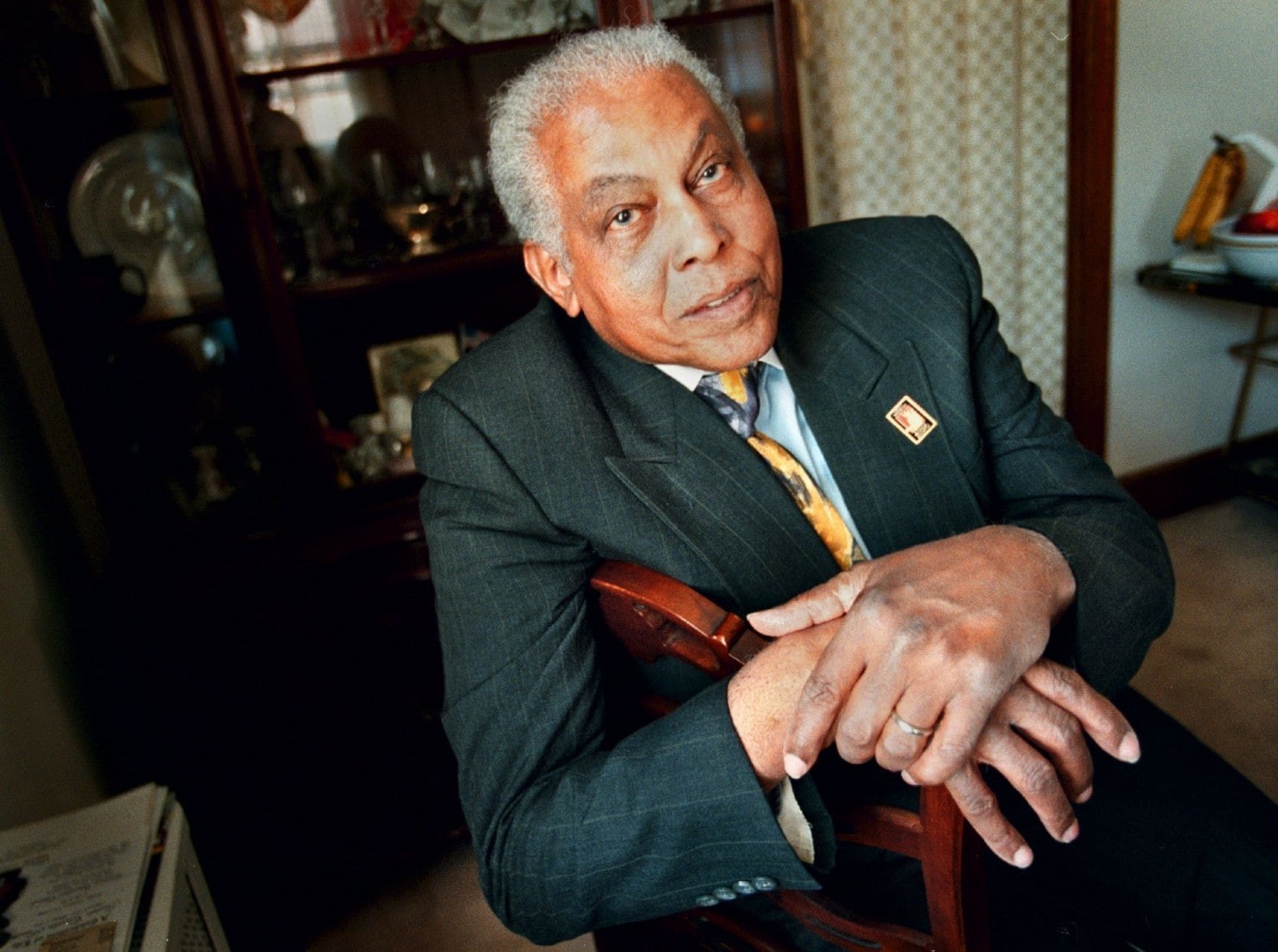 William H. Simons, who as the first president of the Washington Teachers’ Union led teachers’ strikes, negotiated contracts and played a pivotal role in the selection of the union as the teachers’ collective bargaining agent, died Dec. 7 in Atlanta. He was 92.

His death was announced in a statement released by the union. Paul Simons, a nephew, said that at his uncle’s request, the family was not releasing details on the union leader’s death or taking questions from the media. In recent years, Mr. Simons had lived in Atlanta with a daughter.

Mr. Simons was president of the WTU for 25 years before being voted out of office in 1991. In a 1979 profile, The Washington Post said he “has crusaded to change the image of teachers from one of nice old ladies and milquetoast men who aren’t good enough to do anything but teach. The image Simons has sought for teachers is one of tough, unionized workers who are not going to accept a retirement dinner or nice words from a former student in place of a good salary and strong influence in administrative decisions that govern what goes on in a classroom.”

As a union leader, Mr. Simons’s modus operandi was often compared to that of the authoritarian, old-time schoolteacher who would tolerate no nonsense or foolery. He had a wide grin and a nervous giggling manner of speaking and was sometimes taken to be brusque and arrogant by members of the School Board, whom he sometimes called “stupid,” suffering from what he called “the three-I syndrome: ignorance, insecurity and incompetence.”

William Henry Simons was born in Washington on June 1, 1924, and was one of eight children. His father was a U.S. government messenger. He graduated from Dunbar High School in 1940, served in the Army during World War II and received a Bronze Star Medal. In 1947, he graduated from what then was Miner Teachers College and began teaching social studies at Banneker Junior High School.

He joined Local 27 of the American Federation of Teachers in 1952, at the time an all-black teachers union. It later merged with a white AFT local to form a racially integrated local of the AFT, which then became the Washington Teachers’ Union. In 1965 he left his teaching job at Banneker to become full-time union president.

In 1967, Mr. Simons orchestrated a victory of the WTU over the D.C. Education Association as the collective-bargaining agent for the city’s teachers. At the time, the WTU was perceived as more militant at the bargaining table. Mr. Simons called it an organization of “working teachers.” The Education Association, he said, was “a professional group for administrators.”

Mr. Simons would lead teacher strikes in 1972 and 1979 as well as organize a march on Capitol Hill in 1968 to demand a pay raise from Congress, which set salaries.

He battled school administrators over a plan to set teachers’ pay on the basis of their students’ performance on standardized tests. He accused some administrators of harming students by supporting “social promotions,” the practice of moving students up one grade each year when classroom teachers had given them failing grades.

He fought proposals for longer work days and longer school years and denounced critics who claimed that union protections had safeguarded the jobs of incompetent teachers. He said he asked only for “due process . . . what any employee deserves. We’re not protecting anybody. We just want administrators to make their case against teachers instead of fulfilling vendettas. There are more bad administrators than bad teachers.”

Mr. Simons was defeated for reelection as union president in 1985 but regained the office two years later. He was defeated again in 1991 amid complaints that the union had become moribund and resistant to change under his leadership. He then retired.

His wife of 61 years, Elaine Davis Simons, died in 2010. His daughter Sheryl P. Simons died the next year. Survivors include a daughter, Wilma L. Simons of Atlanta.