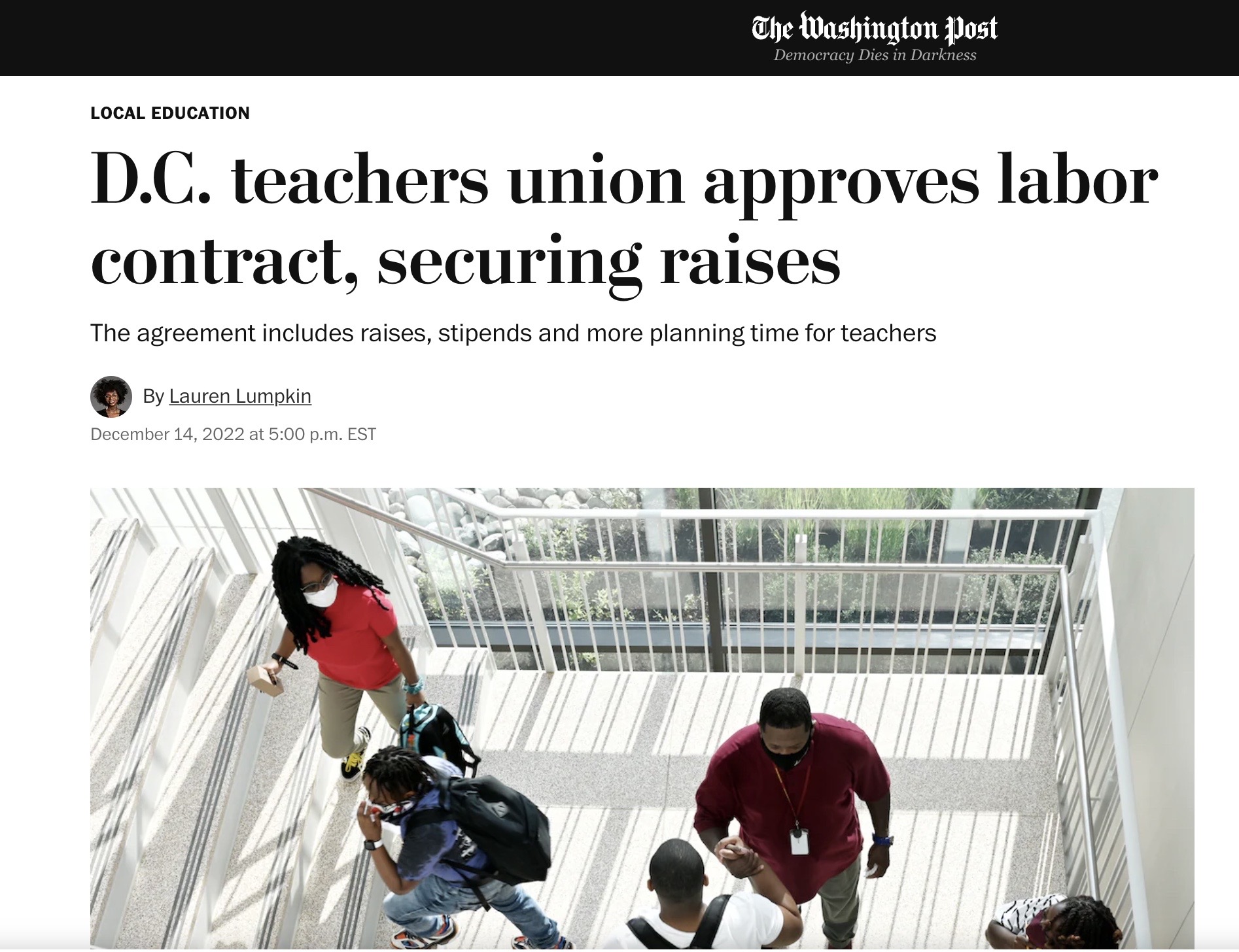 December 14, 2022 - The Washington Post reported on WTU's approval of the tentative contract agreement with DCPS. They covered the fact that the new agreement will secure raises and other benefits for 5,500 public school teachers. The group reached a tentative agreement with the city in late November, which came after more than three years without a labor contract. Members voted on the measure Tuesday night and overwhelmingly supported it — 3,445 members approved and 29 teachers opposed, according to union officials.

“This is a huge win not only for D.C. educators and the respect they deserve but for their students and our school community,” Jacqueline Pogue Lyons, president of the Washington Teachers’ Union, said in a statement. “D.C. teachers felt insulted for having to work under a long-expired contract, but they never gave up on their commitment to their kids throughout the covid challenges and as inflation soared with no pay raises.”

The contract outlines a 12 percent salary raise over four years, which will be applied retroactively starting in 2019. The system’s starting pay will increase from $56,313 to more than $63,300, and salaries for senior teachers — those who have been teaching for more than 21 years and have at least a master’s degree — will see their pay jump from $116,408 to around $131,000, officials said. To read the full story, click here.