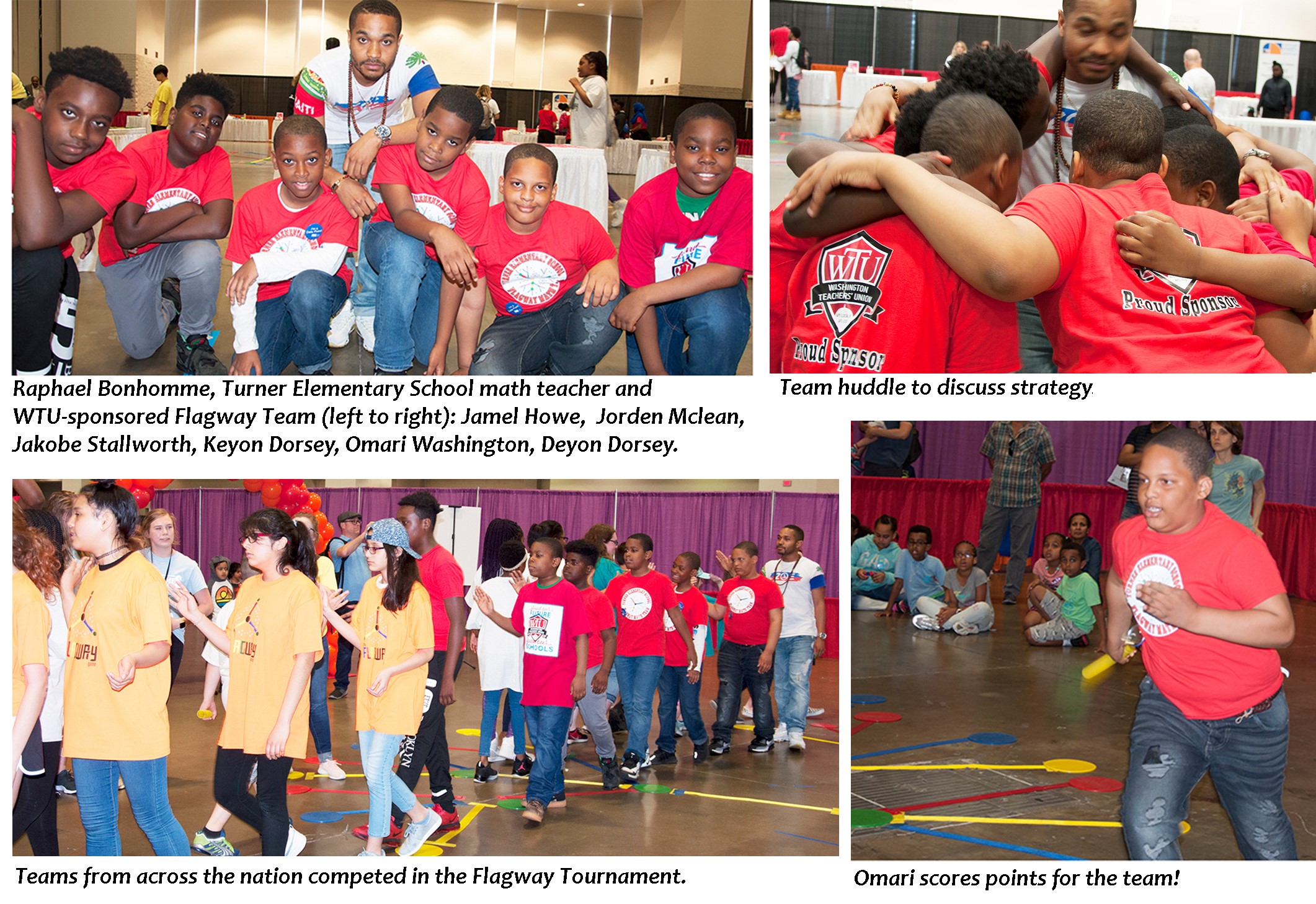 Each year, the YPP conducts a National Flagway Tournament, in which top teams from around the country compete. This year, the tournament was held at the DC Convention Center as part of the National Math Festival.

Turner Elementary sent a team to compete, the first group ever to represent DC. The team was sponsored by the Washington Teachers’ Union. Its coach was Raphael Bonhomme, a 3rd grade math teacher at Turner Elementary, who traveled to Boston a year and a half ago as part of a WTU delegation that observed the game in action. Bonhomme explained, “although I teach 3rd grade, the team members are all fifth graders from several different math classes at Turner. They’ve been training hard since January.

“It wasn’t easy,” Bonhomme continued, “the students had to spend weeks studying various math concepts on paper and they got antsy about actually starting to play the game. When they finally did, it all came together.”

The Young People’s Project would appreciate any feedback you have regarding your experience at the National Flagway Tournament. They ask that you fill out a survey that is linked here: